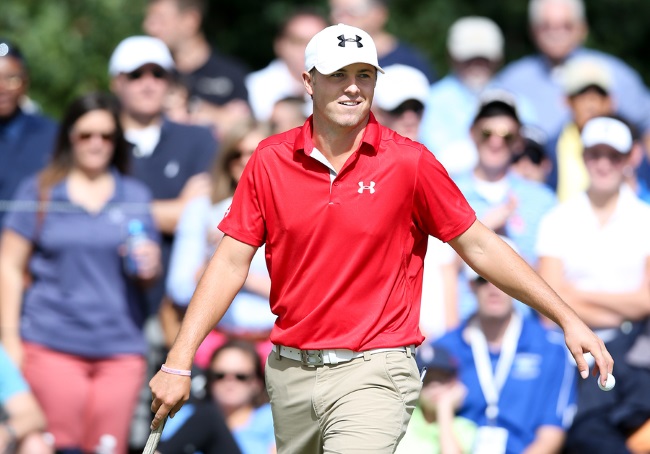 Jordan Spieth has had a quiet start to the 2016 season, with his best finish being a T5 just recently. Then, the world’s number one ranked golfer claimed that he had been battling exhaustion and was just attempting to recover. It’s not uncommon for the world’s best golfers to take the start of the season slowly, and Spieth has certainly been doing this, taking things perhaps a little more cautiously than his fans would like. However, if it’s the right move for how he finishes up his standings at the end of the 2016 season, then this is the right approach. Spieth and his team should know better than anyone else how to achieve this, so having faith that his approach is the right one is a must for his supporters.

Right now, it seems that he’s ready to put the exhaustion of the 2015 season behind him as he prepares for the Singapore Open. This is not the biggest tourney for the last weekend of January, but it reflects where Spieth currently is in his season. He’s resting up, working on his game, and getting ready to hit the PGA Tour full force once he’s at his peak. The weather in Singapore is likely to be much nicer this weekend than what is scheduled for California. So, while all the attention is being spent on the Farmers Insurance Open in La Jolla and the current favorite, Rickie Fowler, Spieth will be on the other side of the world, attempting to get back in top form. He’s already stated that he’s healthier for this tournament, so the focus should be more on how he finishes this time.

Despite his slow start, Spieth is still the favorite this weekend, even though some of the best golfers in all of Asia will be entered. He is still the top golfer in the world, after all. As he readies to join the PGA Tour, you should be looking for him to keep consistently low stroke counts on each of the four rounds, make sure that he is playing strongly over the last several holes of each round, and that he is not having trouble with certain aspects of his game, specifically his short game. It’s impossible to account for other golfers, and it is very possible that someone could pop out of the wood work and have a stellar round, crushing Spieth even though he had a decent tournament. But, if the basic mechanics of his game are improving, Spieth should be a top five finisher, and the above mentioned elements should all be held under control. Even if he doesn’t win, if he’s rested and healthy, those indicators will let us know. This is important information for fantasy golf fans especially as they try to get a gauge on his level of fitness once he starts playing in the U.S. based tournaments against other PGA members.

Spieth has specifically mentioned that his putting game needs work still, so this should be the biggest part of his game to watch. You can be confident that he wouldn’t have entered this tourney if he hadn’t improved from where he was, though, so this is a good indicator that he’s getting ready to reemerge. A win would be a huge thing for his confidence, even against weaker competition, so how he does here may be an indicator of how he will do once he begins his season in earnest. Until then, he has acknowledged the Rickie Fowler is the player to watch. This weekend, he hopes to take that focus away from Fowler, and put it back on himself.