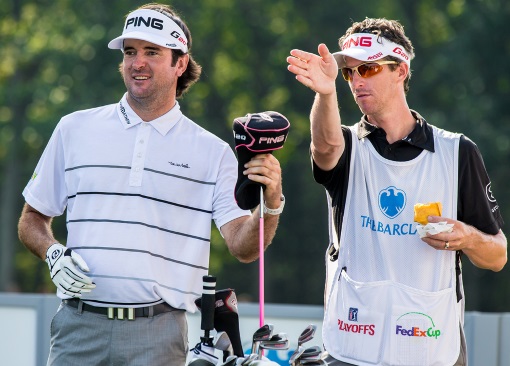 Even with the first Major tournament a few months out in the distance, taking a look at the top ranked golfers in the world at this moment has some merit, especially for those trying to figure out how they should put together their fantasy golf teams. Here are the current top five ranked PGA golfers, ranked from first to fifth.
Jordan Spieth: Spieth is the top ranked golfer in the world, but he’s been playing the 2016 season very quietly. A lot of his tournaments are not PGA Tour events, but in warmer climates where the competition is a bit weaker. He’s showing some signs of improvement, but he’s also claimed that his stupendous 2015 season has left him in a state of exhaustion. There’s no reason to believe that he will not be fully recovered by the time The Masters rolls around, but the fact that he’s taking his time to get there is concerning to some people. Don’t let this bother you yet, though. It’s normal to take time to recover. The seasons are very close together, and they are very long. Spieth has shown no definite signs that he will not be the best in 2016.

Jason Day: Day is the second best golfer in the world, according to ranking. He did spend some time at number one in the past, but not for very long. Like Spieth, Day has had a slow start to the 2016 season, but he is showing even more signs of struggling right now. At his latest event, the Farmers Insurance Open, Day didn’t even make the cut, and was sent home after two days of play. Day had a great finish to last year, but doesn’t look great yet. Keep an eye on him for a bit before you act. He’s young, and there are no guarantees he can repeat last year’s performance.

Rory McIlroy: McIlroy has been virtually nonexistent in the 2016 season. He’s played in two PGA Tour events, both of them back in 2015. He’s been playing in Europe, as his home nation of Ireland is there, but hasn’t been a serious threat in anything he’s done. McIlroy was injured for much of 2015, and it makes sense that he would tread cautiously as he gets ready to make another bid at the world number one slot again. He has more experience than both Spieth and Day, and a greater talent ceiling when he’s healthy. There’s no reason to believe he won’t be, but many fantasy leagues haven’t caught onto that. And that could mean he will be cheaper than expected in many settings.

Rickie Fowler: Fowler has had the hottest start to the 2016 season of any of these top five golfers, but like Day, he missed the cut at the Farmers Insurance tournament. Still, he’s a top level talent and is still developing. If anyone is capable of a surprise year on this list, it’s Fowler. His quick start to the season has made him a popular choice in fantasy play, but this could be just a sneak peek of what’s to come. He’s still made three of four cuts this season, and has a fifth place credit to his name already.

Bubba Watson: Watson seems to have it all going for him. He has more experience than anyone in the top five. And although he’s fallen from number four to number five, Watson is still a great golfer. He’s consistent, and on his best days, he’s almost unstoppable. The downside of Watson is that he doesn’t have the same flashy play as Spieth or McIlroy, and as such, he’ll probably never be number one in the world. But that won’t stop him from winning his fair share of tourneys this year.