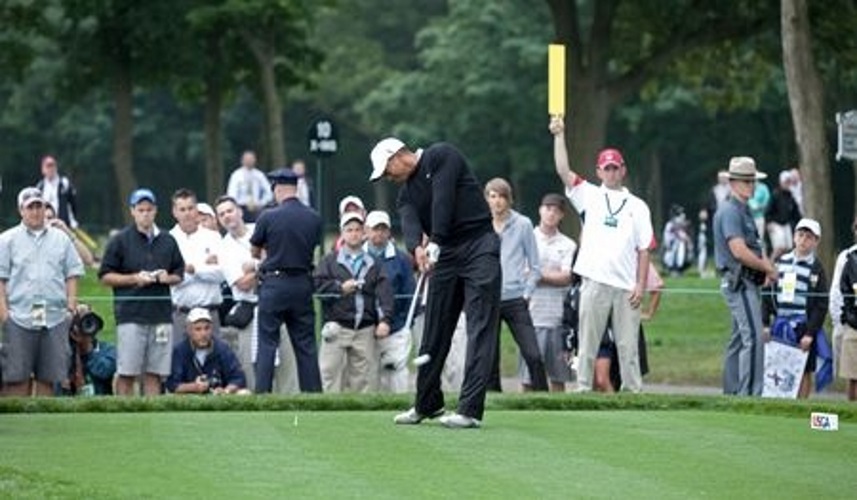 There’s one question that is in the back of everyone’s mind this year, whether you’re a big golf fan or not: will Tiger Woods play on the PGA Tour? Right now, the answer to that question is looking like a big “yes.” Recently, Woods posted a video of himself to Twitter working out with a golf simulator along with the caption, “Progressing nicely.” For golf fans, this is a huge deal. Woods was the face of elite golf for years until he suddenly fell from grace. He was the number one ranked golfer in the world one week, and then the next couldn’t make the cut no matter what he did. The story behind this fall is not the point of this article, though. Our focus is on the fact that Tiger is coming back.

Some golf analysts believe that Woods will be back and in full form by April, ready to play in The Masters. It’s hard to tell if this is true just by watching a video of him swinging a club, and it’s certainly hard to tell what rumors, if any, about his state of health are true. Some say that Woods is hardly able to move around thanks to the back surgeries that he underwent last year, others say that he could win a tournament tomorrow. He had his first back surgery back in 2014, and last year, ended up needing to end his season because of pain in the same area. At the very least, this new video that he’s posted silences those who have been claiming a worst case scenario for Woods. He might not be in the best shape of his life, but he’s swinging a club, and that’s a great sign. Friends and colleagues have also stated that Woods is getting better, able to move around with ease. His situation is a delicate one, and rumors are likely to be plentiful, just because of the nature of his decline in the sport.

If you are doubtful at all of Tiger Woods and his ability to play, consider what Phil Mickelson recently said about him. Mickelson is a member of the golf Hall of Fame, has been a professional for decades, and is one of the greatest players still today. If he’s not in the top five in the world right now, he’s definitely in the top ten. And with all of these accolades to his credit, Mickelson still believes that Woods is unrivaled in the game. In a recent interview, Mickelson commented that no current player is remotely close to where Woods was in his prime. That goes for Jordan Spieth, Rory McIlroy, and all the rest of the younger players that are so talented. Mickelson claims that this is because Woods excelled in the short game, the long game, and was mentally tough, a combination that isn’t present in any other professional golfer right now. It’s unlikely that Woods could ever be at that top level he exemplified back between 1999 and 2006 or so, but it is certainly an interesting thing to think about. There’s no question in most people’s minds that if Woods at his best played the current number one Jordan Spieth right now, Woods would win with ease. As of right now we don’t have to worry about any fantasy golf battles between Woods and other top notch golfers.

If Woods does play this year, and does come back in competitive shape, it will be very exciting to see what happens. Even a three-quarters strength Woods is a top ten contender on the PGA Tour right now. However, the last public statement that Woods gave about his return was back in December, and as of then, had no timetable on returning to the PGA.