Fantasy sports are huge right now, and PGA Tour action is no exception. Fantasy golf, both in daily fantasy sports leagues and season long leagues, is a big pastime right now, and it is only getting bigger. Many people play fantasy golf on some level because it helps them to enjoy the sport more. Others play it for the social aspect that it creates with their golfing buddies. Other people take it more seriously, and play it to make money. Wherever you fall on this spectrum, having a decent strategy when it comes to drafting a roster and competing will help you to enjoy your fantasy sports even more.

If you are playing for fun with some friends, or just to try and get more involved with the tournaments on television, fantasy golf has a huge role in this. You don’t need to play for money, although some people do find that this keeps them more motivated. Money’s not the real concern here; it just keeps things interesting. What’s most important is the fact that you are having fun with your friends. 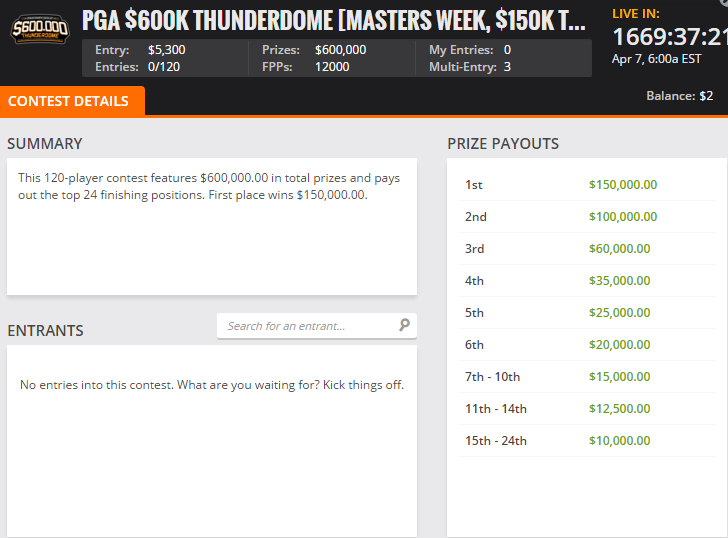 Winning, you must admit though, is far more fun than losing. This is why having a good head for both the game and fantasy golf strategy is important. Let’s say you have two golfers of similar talent, but you know that one has a higher likelihood of hitting birdies than the other. This also means that they have a higher likelihood of bogies, since they have similar stroke counts. Now, this might seem like it’s not a big deal, but when it comes to fantasy golf, it makes a world of difference. This is because most leagues reward birdies more heavily than they punish bogies. So, you have two golfers with similar stroke counts per round, but the one with more birdies is going to outperform the other. Even if they both record a stroke count of 280 for a four-day tournament (70 strokes per round), if one has 15 birdies and 15 bogies while the other has all par shots, they are going to have different fantasy point totals. If your league rewards birdies with +2 points, and takes off -1 point for bogies, you suddenly have a 15-point advantage after all the math is said and done. And that’s with two almost identically talented golfers!

Of course, fun is just one side of the coin. The other side is playing for money. This is also fun, but it’s fun with volume turned way up. If you fall into this category, you are likely to want a far superior strategy to picking the right roster than the one that’s described above. Statistics will be your friend here, but if you’re a big golf fan, you have something that the best statistician in the world doesn’t: an understanding of how certain golfers perform in certain situations. Watch a golfer like Jordan Spieth, for example. He had a great start to the 2015 season, then fell off the face of the Earth for a couple months. This is because Spieth was young, and couldn’t maintain the furious pace that is necessary to dominate for an entire season. In fact, no one really can do this well. But, if you looked at the stats alone, you would have expected Spieth to win every tourney he was involved in. This didn’t happen. Instead, he pulled back for a while to recover, and then won the PGA Tour Championship at the end of the year.

A golf fan with an understanding for the sport and the math behind it will fare far better than the average fan or the average math nerd. Finding a happy mixture of the two will give you a big advantage when it comes to both playing for fun and for money.